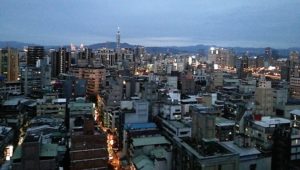 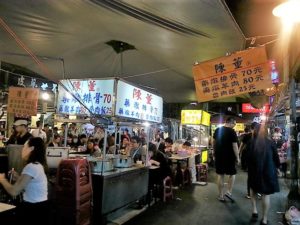 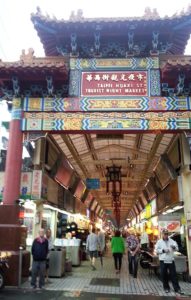 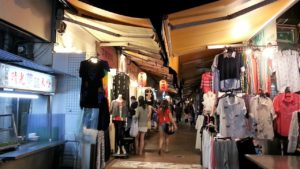 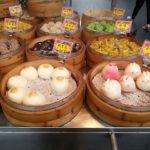 I probably need to get specific at this point.

When most people get ready to leave their job for the day, the stalls and shops of night markets start preparing for business. Around sunset and up to roughly midnight it feels like the whole city is outdoors, having dinner, socializing, playing and shopping in the streets. About a dozen big markets are scattered around Taipei plus every neighbourhood practically has its own, down to a street lined with food stalls every few residential blocks.

One could speak for hours (it has happened) about the energy and character of Taiwanese night markets. But this won’t do them justice.

Indicatively, two of the largest ones are vast Shilin and old Raohe. Locals often consider the large ones too touristy and prefer more earthy ones for their dinner, like Jingmei or Huaxi street, the “snake alley” (the latter is in the old downtown and one can still have snake and its byproducts in there; don’t miss the surrounding alleys; remember, you have cyberpunk tastes). And for your literal street wear there is Wufenpu, all dedicated to clothing. 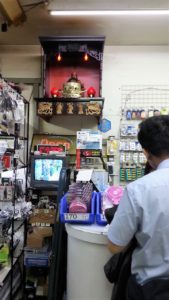 A day+night market, complete with its alleys and eateries, selling electronics. Enough said. For good measure, right next to it you have the digital plaza, a kind of techie mall. The higher up you go on its floors the lower-level you get, from flagship stores on the ground floor to capacitors on the fifth. Interestingly, there are chances your gadgets will be recommended and your new computer modded by young women here.
(Note that an actual mainstream gamers’ mall opened next to the plaza just recently; but it’s not part of this list.)
Tip: Cash might be your friend.

You are bound to step into a documentary that you never dreamt of adding to your to-do list. Only that it will be real, everyday life.

Food stalls. You know you want to. Because every minute spent with noodles, vegetable skewers, fish balls or stinky tofu from a disposable plate at a shaky bench surrounded by ideograms and the streets’ electric flow will make you feel better for the rest of your life.
While at it, try the breakfast stalls (and warm soya milk) at least once. Although there’s no guarantee for going back to ignorant life.

While at your well-being, an endless number of massage parlours at incredible prices. Usually some cheaper and plainer ones are better. I’d recommend the center on the street along the Museum of Contemporary Art’s west wall, which has low prices – and provides job to blind people. 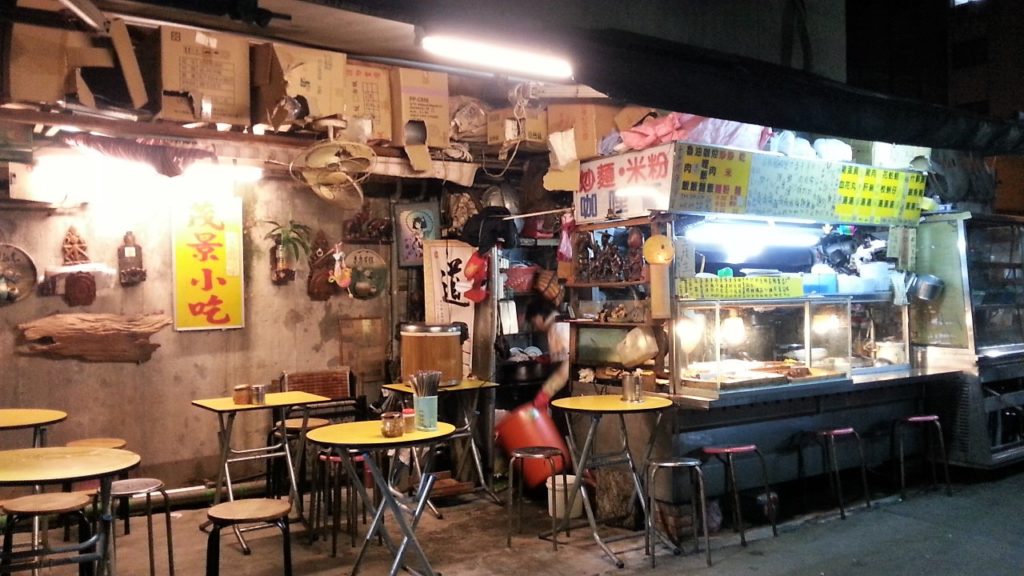 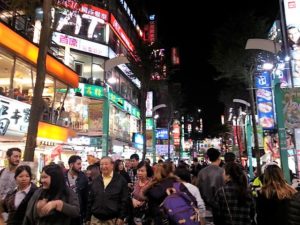 Ximending is often described as a small Shibuya. This blogger claims that Ximending is better.
There is no crossing, but every centimeter is genuinely vibrant, you can eat while walking, and you can watch people getting tattooed behind glass storefronts right by the street.

The spa town of Beitou is only a few subway stops away and very documented. For a tiny fee you can use its open-air public bath and have an experience to talk about.

Tip: If you want to take a glimpse at the posh spa hotels of the area, the best option is the outdoors baths of Grand View Resort .

Xinyi is a “business and shopping district” as mainstream and MBA as they make them. However it comes with a huge fantastically beautiful bookstore (Eslite), an elegant once-tallest-in-the-world building with a good observation deck (Taipei 101) and a pleasant network of skywalks leading to it.

Tip: If you ever happen to have dinner at 101’s top floors, you can watch the sprawling night cityscape while taking a pee. 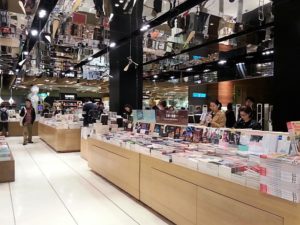 Throw a figurative stone in

Taipei and you’ll smash half a dozen bars, restaurants and coffee shops, yet no real harm will have been done because its nightlife is immeasurable. The blocks just south of Linsen Park in Zhongshan are singled out here because of their “local colour” and spatial density (and in order to have an excuse for hinting you about the nightlife in general). They seem to be oriented to Japanese businessmen so there are bonus katakana and cute kitsch deco. After a leisurely stroll in the mandatory alleys you’ll find a beer place, cocktail bar or izakaya that you like, and meanwhile you’ll have probably got a glimpse of bar hostesses and the local organized underworld.
(I don’t want to risk misunderstandings here: Taipei is one of the safest places for travelers in anywhere. The undersigned has lived uneventfully in this district for a lengthy period.)

9. Qigong and taichi in parks

People do do group practice of taichi in parks. And if you see someone moving in slow very elegant moves among trees in Taipei, that’s probably qigong. Expected to have both immediate and long-term health effects, qigong can be thought of as light taichi with similarities to yoga, and it’s understood that you wouldn’t want to miss out on the coolness of it all. Like for other things meetup.com can be perused for classes in English.

Lonely Planet describes it as “Chinese old money”. A friend described it as fascist architecture. It’s huge, Chinese-styled, and decadent. Also, it’s good for afternoon tea because of reasonable prices for beverages and desserts and an amazing view of the twinkling city lights in the sunset sky and shit. 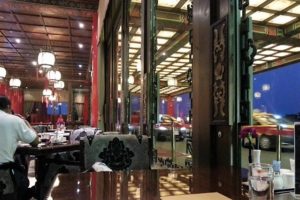