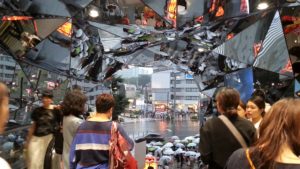 The top tip is: just go. It won’t be the futuristic Babylon that you expected but more the projection of the 80s which dreamt of it, and it will be unparalleled (also might not stay this way forever).

Walking down some well-documented neighborhoods -Shibuya, Akihabara, Ikebukuro,  Shinjuku and the like- is enough to dose you on vertical neon, food stalls, high fashion, sararimen, shrines, crazy trinkets, nylon umbrellas. Assuming you’ll evening stroll through one or two of those, here are a few extra, focused, things to look up or under for.

Yokocho alleys
Alleys jammed with tiny izakayas, real sararimen nests.
Celebrated ones: Piss alley in Shinjuku, Nonbei in Shibuya, around and under the railway bridge at Shimbashi. 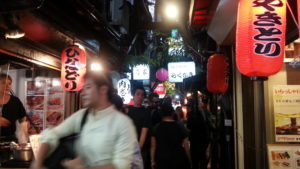 The artificial islands and the bay
Where you realize that everything solid in your field of vision is manmade. 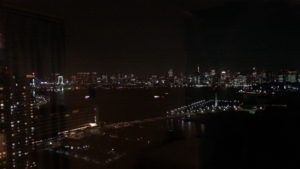 Radio Center electronics mall
Radio Center is a sensation. A small passage close to Akihabara metro station (35.698316, 139.771861). And an old, half-used, three-storied narrow building next to it. Grab it while you still can. 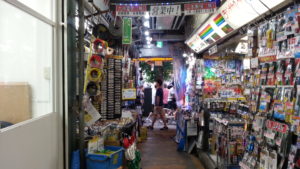 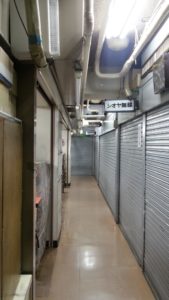 Take up smoking
Smoking nooks, either designated or impromptu at squares and crossroads are terrific for people watching.

Venus Fort
The closest thing to Straylight. A mall on the artificial island of Odaiba, modeled like an Italian village, complete with artificial sky. 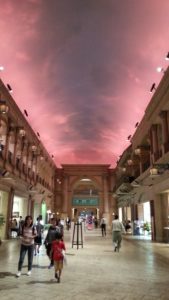 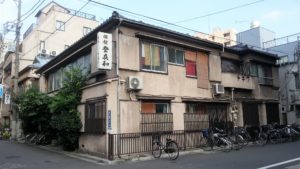 Golden Gai
The 2,000 square meter superdense bar area. If you go out at night only once, this should be it. 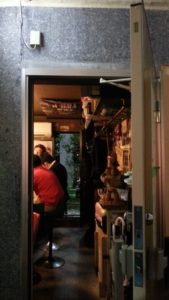 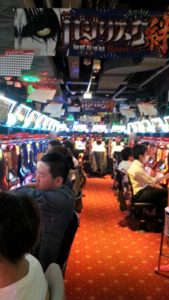 Canal at Shibuya
I was attracted to it by http://bit.ly/2jTvgRY and waterways still showing on the maps. But as it is being covered up, it’s a -dying- sign of what Tokyo used to be, what it is, and what is bound to happen.
(The incredible city of canals gave way to the futuristic world capital is giving way to senseless uniformity. A more intelligible post will follow.) 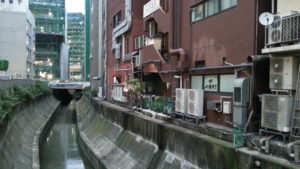 Kagurazaka
Because deep inside you always knew a secret place with wooden houses in labyrinthine alleys waits somewhere in Tokyo. 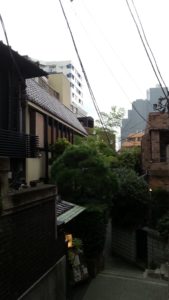 High above Tokyo Station and Koto ward
Have the spectacular geometry of the city and its ineffable promises open in front of you. Conveniently, the easiest way to do so is take an airport bus between Narita and Tokyo Station. 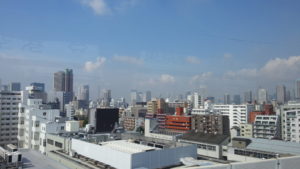 Again. Just go. To the only other known inhabited planet in the solar system.