Poster in train station at the town of Cheongju. 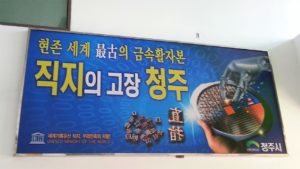 Celebrating Jikji, the world’s first book printed with movable metal elements, a collection of zen teachings printed only a few kilometers (and six and a half centuries) away. 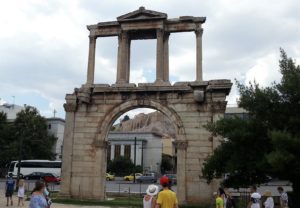 In front of Hadrian’s Gate, Athens.

Everything below comes from gladly living in South Korea in 2015-17; also from being frequently asked lately if I wasn’t afraid to be there. (A hypocrisy in the media’s way of presenting things was not without its role, either.)

tl;dr: A Korean acquaintance told me that if North Korea didn’t develop nuclear weapons USA would have already invaded it.

* South Koreans never speak bad about “the North”.
(Well, at least they never do to foreigners!)

They are disapproving of the regime, of course, but they don’t view North Korea as an enemy. Mostly as the lost half of their country.
(…and with this I don’t mean “the half which has to be taken back”.)

* South Koreans don’t worry about attacks, yes, no matter what the media tell you if I may say so.

People outside asked so many times if everything was alright and if the public was panicking, and every time it felt comical to everyone inside. The reason is that both governments behave the same way (see below) and that neither side is willing to break the equilibrium of many years.
Disclaimer: That was the situation while the undersigned was there. She doesn’t know about recently, but she’s ready to take bets that they worry more about the Trump than about the Bomb.

* The South Korean government prohibits speaking good about the North.

Two years ago an American author was expelled after saying that beer is better in North Korea. http://bit.ly/2yfPtdy
Oh, by the way, three years ago the only parliamentary leftish political party was shut down for alleged ties to the North. http://lat.ms/2xqZZtT

END_OF_DOCUMENT_TOKEN_TO_BE_REPLACED

[Apartment door] In case of a major earthquake, peel this sheet off and follow instructions on back. 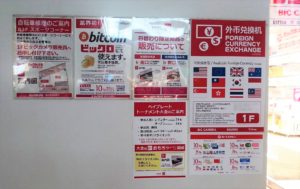 [Shinjuku] Bitcoin can be used for payment.

Flashbacks from the residence and gardens of late dictator Chiang Kai-Shek, one of the founders of present-era Taiwan. 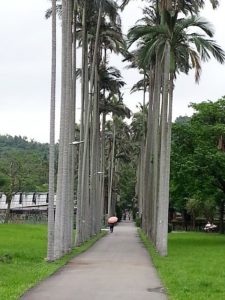 PS: The current shaping of Taiwan has an interesting and bloody history, less well known to westerners than that of other east Asian countries. Even less well known is that it is not a member of the United Nations, although the tag appears on most of the older electronics and items of your household, I would guess.